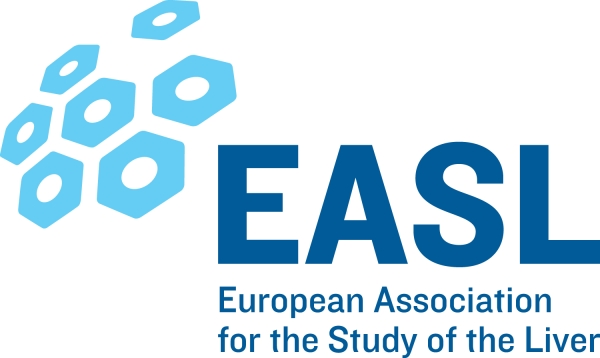 Here is the response from EASL to the recent Cochrane review. http://www.journal-of-hepatology.eu/pb/assets/raw/Health%20Advance/journals/jhepat/CochraneEASLJMP003.pdf

EASL, the European Association for the Study of the Liver, one of the world leading associations of liver specialists, feels compelled to express its serious concerns after the recent publication of a Cochrane Group systematic review entitled “Direct acting antivirals for chronic hepatitis C” by Jakobsen et al. After reviewing 138 clinical trials, including 25,232 participants, the authors conclude that: “Overall, direct acting antivirals (DAAs) on the market or under development do not seem to have any effects on risk of serious adverse events. […] we could neither confirm nor reject that DAAs had any clinical effects. DAAs seemed to reduce the risk of no sustained virological response. The clinical relevance of the effects of DAAs on no sustained virological response is questionable, as it is a non-validated surrogate outcome. All trials and outcome results were at high risk of bias, so our results presumably overestimate benefit and underestimate harm. The quality of the evidence was very low.”

The inability of the authors of the Cochrane review to determine a clinical benefit of DAA-based treatment of hepatitis C unfortunately reflects their flawed methodological approach and their ignorance of the natural history of hepatitis C virus (HCV) infection and associated systemic diseases. The review examines the intervention in a clinical vacuum that fails to accept that DAA treatment to attain an SVR is a pivotal outcome of treatment, and does not accept the likelihood that an SVR will reduce the risks of long-term outcomes of hepatitis C.

With this deduction comes responsibility. The uncertainty created by the illconceived Cochrane group’s conclusions and the attendant press publicity could grievously affect policy making, and constrain the gathering momentum for diagnosis, testing and linkage to care of individuals with hepatitis C. It will create dangerous confusion in the mind of patients treated or about to be treated and their families. The World Health Organization (WHO) has published an authoritative Global Hepatitis Report, expressing its alarm at the burden of disease, and has promulgated critical targets for global elimination of hepatitis C by 2030. In the absence of a prophylactic vaccine, the Cochrane review jeopardises treatment as a necessary intervention to reduce the global morbidity, mortality and prevalence of chronic hepatitis C.

The primary endpoint in DAA investigational drug development trials has been the sustained virological response (SVR), i.e. undetectable HCV RNA 12 or 24 weeks after completion of treatment, which corroborates permanent elimination of the viral infection. The Cochrane review evaluated the effect of DAA treatments on several outcome measures, including hepatitis C-related mortality, all-cause mortality, serious adverse events, no SVR and health-related quality of life (HRQOL). Most of their conclusions are flawed.

The risk of clinical liver outcomes increases with aging and duration of disease. It is the result of chronic production of viral antigens during ongoing infection which incite host immune responses. The resulting hepatic inflammation in turn triggers fibrogenesis, the basis of liver disease progression towards aggravating fibrosis, cirrhosis and, ultimately, decompensated cirrhosis and hepatocellular carcinoma. The harmful effects of chronic hepatitis C take years to develop in patients that generally remain asymptomatic for long periods of time. Thus, although there is variation in rates of progression of fibrosis, early disease does not indemnify an individual from subsequent progressive disease, that can be accelerated by various cofactors and comorbidities. The authors of the Cochrane review have unfortunately not considered the possibility, the necessity and feasibility of arresting progression of early stage disease to more advanced fibrosis, cirrhosis, decompensated cirrhosis, or the ultimate development of HCC.

Achieving SVR, i.e. eliminating the infection, removes the trigger, thereby halting or considerably slowing the progression of liver disease. Terminating active infection also alters the natural history of a number of HCV-induced extrahepatic morbidities, such as diabetes and renal insufficiency. This has been clearly demonstrated by long-term follow-up studies in patients with chronic hepatitis C cured of their persistent infection during the interferon era. An SVR is associated with normalization of serum aminotransferases and improvement or disappearance of liver necroinflammation and fibrosis in patients without cirrhosis. Hepatic fibrosis generally regresses and the risk of complications such as hepatic failure and portal hypertension is reduced in patients with severe liver disease. Recent data showed that the risk of HCC and all-cause mortality is significantly reduced (although not eliminated to zero) in patients with cirrhosis who clear HCV compared to untreated patients and non-sustained virological responders. For the first time, DAAs have allowed patients with decompensated cirrhosis access to anti-HCV therapy, improving their liver function and reducing the indications for liver transplantation in a large proportion of cases, with a major impact on transplant programs already evident. Moreover, the possibility to treat patients after solid organ transplantation with high infection cure rates has opened the door to the use of HCVpositive grafts, increasing transplantation rates, reducing on-list mortality and containing healthcare costs for management of patients on the transplant waiting list.

National and international regulatory authorities have accepted the primary endpoint of an SVR and demonstrable safety as evidence for DAA licencing. Because the complications of chronic hepatitis C take years to occur, depending on the stage of liver disease, and clinical trials with new DAAs with SVR as main endpoint last only a few months, the benefits in terms of clinical outcomes of achieving an SVR cannot be measured in these trials. The Cochrane group’s conclusion is therefore illogical and inappropriate, as it fails to respect the methodology this organization has developed. The Cochrane review also ignores the opportunity of reducing the risk of transmission from viremic individuals, particularly in highrisk groups. Overall, the Cochrane review displays a lack of understanding of hepatitis C and drug development in the context of a transmissible infectious disease with a long natural history.

The Cochrane review authors’ conclusion that “randomised clinical trials assessing direct effects of DAA are needed” suggests an ethical anathema of leaving patients untreated to accrue increasing hepatic fibrosis, in the face of treatments that are likely to arrest viral replication in the overwhelming majority. This conclusion evokes memories of the infamous Tuskegee study conducted by the United States Public Health Service, in which patients with syphilis were left untreated to observe the natural history even after advent of and proven efficacy of penicillin. This unethical approach is unacceptable in a context where: (i) the HCV treatment landscape has markedly altered with the introduction of DAA-based regimens which in both clinical trials and real-world data have shown remarkable SVR (i.e. infection cure) rates in treatment-naïve and -experienced patients with or without cirrhosis across all genotypes; (ii) modelling has clearly demonstrated the benefits of DAA-based therapies in reducing long-term hepatitis C-related morbidity and mortality as compared to no treatment (individual benefit) and reducing HCV transmission (collective benefit). In summary, to arrive at such a flawed conclusion reflects the squandering of a vast amount of considerable time-consuming endeavour and significant public funding. The premise of the Cochrane review will be viewed as so egregiously mistaken that the conclusions will rightly be disregarded. As the findings do not assist or advance the field, they will not be pertinent to clinical decision making or guidelines.

EASL will continue to emphasize and reinforce the fight against HCV and to lend its support to the international efforts aimed at eliminating HCV, a major aetiology of severe liver and extra-hepatic diseases, complications and related mortality, by 2030. There is no precedent for a disease to be eliminated only 40 years after the discovery of its causal agent thus far. This chance cannot, and will not be missed.

More in this category: « The Lancet - What is the impact of treatment for hepatitis C virus infection? Direct Acting Antivirals and Liver Cancer Risk »
back to top