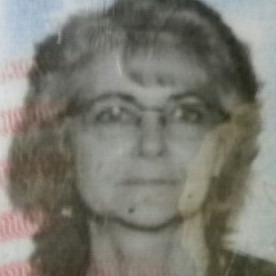 My name is Carolyn Brackett. I live in Idaho. I found out about 10 years ago I have hepatitis C genotype 3a. I was not able to get a doctor to diagnose me correctly. Several said I had lichen planus, but that was not the case.

I ordered tests on-line and found out I have hepatitis C. I informed a gastroenterologist about this and he said I did not have it and that it was a false positive. I only went there to find out my genotype. At this point I was frustrated with doctors. He said he had been practicing over 25 years and should know. I told him I did not care how long he had been practicing and please just give me a lab slip so I can find out my genotype. He was very aggravated at me for being so persistent and doubting his knowledge, but when the test came back positive he wanted to see me in the office.

I had my husband pick up my doctor notes and lab results and was then referred by my primary doctor to a specialist. He offered me liver biopsy and treatment with Interferon and Ribavarin. I was not willing to do that, hearing the horrid stories. I then asked my primary doctor to follow me. He said he would but would need to see me twice a week until treatment was completed.

I was not sure if I even was going to get assistance from the company that sells Epclusa but the cost of seeing the doctor twice weekly was prohibitive on my budget. I am on a fixed budget and have no insurance.

I then saw the FixHepC website on Facebook and signed up for the clinical trial. I made an appointment with Dr. Freeman through GP2U and downloaded my recent physical, labs, genotype and recent viral load. He was able to prescribe me the generic Epclusa through the clinical trials.

I quickly received my medications and am now on my 6th week and having no problems. This has been a godsend to me and answer to my prayers. Dr. Freeman is always there to answer any questions, along with other valuable team members, Jan, Greg Jefferys, David Cowley and a host of wonderful people there to help. I was looking at $90,000 (BigPharma) vs $1600 (generics). It is not hard to guess which one I went with.