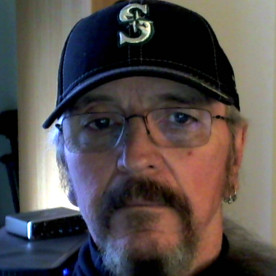 My story I guess starts like a lot of folks with Hep C ....I was turned down for treatment. This is a virus I have been actively fighting since 1993 when I found out that I had it. I know when and how I contracted this. The when was 1971 the how at the time was not, after 22 years, important. Once you have it, you have it.

I was treated with just Interferon in 93 a few years later was finally tested, they found I had the G3 version. Easier to cure the Doctor wrongfully said so was given Interferon with Ribavirin and relapsed. I was then treated with Pegylated Interferon/Ribavirin and again relapsed. I continued seeing my provider having tests and occasional biopsies. I was told just wait new drugs are on the way in a few years.

So fast forward to summer of 2015, I went into my provider to see what was being offered...they were only subscribing 12 weeks of Harvoni if you qualified. I had been doing my research all about G3 and the treatment specifically for the genotype. To cut to the chase I was told I needed a new eval on my liver status so went through all those tests. My numbers 22,850,000 viral load and borderline F3 fibrosis but was not sick enough to get treatment! I was told it was for the patients who were at the point of needing a liver transplant! I argued my case, brought up all the extra-hepatic problems I was having. I also asked if why they were only offering Harvoni? My provider told me she had cured "lots" of G3 patients ...I knew I was getting the run around then and decided to seek other methods.

In my research, I found that in some countries it was much cheaper for the new ADDs and set about finding more about them. This when I found Greg Jefferys and his blog, this brought new hope for me. I contacted Greg and we had backed and forth discussions of what was all involved, the credibility, the different methods of procurement and a lot more. Greg was very patient with me. We shared the same outrage of Big Pharma's greed. I also sensed his sincerity in helping people like me. I followed his lead and his advice I eventually ended up with compounded generic Sofosbuvir and Daclatasvir. As was suggested because by the prescribing MD. Dr. Sandra M I underwent 24 weeks of treatment.

I was on my own in all my follow-up testing. I fortunately found a nearby lab where you could self-refer. I tested not detected after my first bloods at 8 weeks. I was ecstatic the generics were working! Subsequent tests showed the same. But I had been down this road before having responded to Interferon based treatments only to relapse. So with a lot of trepidation, I awaited the results of my 12 weeks post treatment. It was Not Detected!! Wow! Such a happy moment! A last 24 week EOT test verified I am cured of this horrible disease I have had for 45 years!

Generics work. That is the bottom line ....Generics Work!