FixHepC as you find it today represents the efforts of literally thousands of people around the world who don't think it's reasonable that highly effective cures for Hepatitis C have been invented, and reached the market, but are priced so highly that they are not reaching the patients they were designed for. It has become something of a social movement encapsulating quiet, legal, and peaceful protest about outrageous new drug pricing. To see some of the faces see our photo gallery.

It all started entirely by accident back in 2014 when Dr James Freeman saw a patient on the GP2U Telehealth platform he had built. It turned out that this patient had Hep C and wanted to import the new cure from overseas. 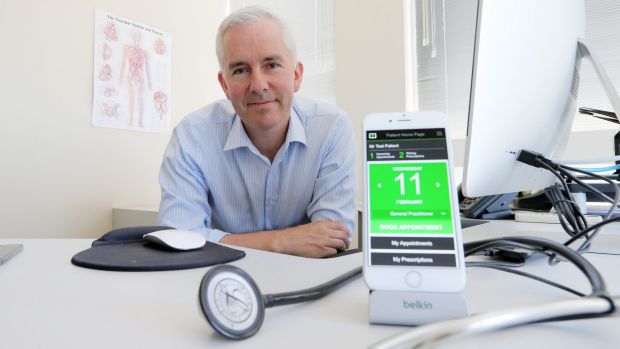 You can see Dr Freeman explain on a short video where he says:

We started back in 2014 when a patient of mine asked for help. He wanted to get treated without having to mortgage his house and told me the new cures could be imported.

I said, "that's got to be illegal", but then he showed me the rules. It turns out, that in most countries patients have a legal right to import 3 months worth of medication for their personal use.

Yes, it surprised me too, but that's what the law says.

Anyway, after he said he was going to do it, with or without my help, I decided good medical practice dictated I keep an eye on him, so we agreed that he would import it, I would have it tested, and if it tested correctly he could take it. If it failed testing I told him it was going in the bin.

It tested fine, he took it, and he was cured.

Now, that might of been the end of the story but the word got out and one patient became one hundred, and a hundred became a thousand.

Your use of FixHepC can be as simple as getting access to medication to treat yourself, or to take advantage of the free peer group support on our forums. If you're interested in setting up something similar in your country or becoming an advocate for affordable access to medications please contact us. Here is a video we did for World Hepatitis Day 2016 (with apologies to Dr Jonas Salk to the typo).

While there are many people who have contributed to the worldwide progress we've seen with regards to generic medication access three deserve special mention. None of them works for FixHepC but we all share the common goal of improving treatment access for hepatitis C patients.

Greg Jefferys was the first patient to come out publicly about his Hep C generic treatment journey and continues to assist patients years after he himself was cured. You will find Greg Jefferys' Homepage here, his blog here, and his Facebook group at Hepatitis C Treatment Without Borders. This is a closed group so you will need to apply to join.

David Cowley was treated during the ION-1 Harvoni trial before it even had a name. Similarly to Greg, he continues to assist patients years after he himself was cured. You will find his Facebook group at Hep C World Generic Treatment. This is also a closed group so you will need to apply to join.

There are some other closed Facebook groups with 1000+ active memberships that may suit you Hepatitis C Nomads and Hepatitis C Family and Friends.

Dr Andrew Hill is a distinguished scientist with a long history in both HIV and Hepatitis C medication access advocacy. Without his encouragement, it's entirely possible the world would still be waiting for generic clinical trial results to see the light of day.

It may surprise you to know that Egypt has treated over 1 million patients with generic hepatitis C medications. This is more than have been treated worldwide with the branded alternatives. There is no waiting list for treatment in Egypt and everyone has access proving that where there is a will, there is a way. If you want to be inspired, watch this short video.