This post is inspired by looking at the latest (political) events from my country.

In brief, people are sick and tired about the level of corruption of those who rule the country and the way to express themselves is to go on the street and demonstrate peacefully. Last week on Friday something unusual happened in the city of Bucharest: the police used too much force and tear gas against the protesters which lead to about 500 people being injured. The "fight" moved now in the political arena with political people accusing each other side of various things. Surprisingly, I do not see to much concern about the well-being of the injured people rather the discussions are held more on who was the bad guy and the rights of the people. And of course, who should be dismissed.

To deliver some numbers: the Romanian health care system announced recently as a wonderful victory that the negotiations for treating 13 000 HCV patients have ended (F1-F4) and it seems the drugs will be made available in October this year. At the same time, Romania continues to have more than 600 000 HCV patients.....

If you are looking to get rid of HCV, you have your chance. I do not see too much room for debate whether the generic or branded HCV drugs will work, it does work. Let the politicians do whatever debates they want, but for you think on how to get rid of the HCV virus: discuss with your doctor about what treatment is suitable to you and get the medication you may access. If you may take the branded drugs via your healthcare system, take it. If you may not, consider the pragmatic solution provided by the generic HCV drugs.

Long political debates are good for politicians, but for patients it means time wasted and a chance for the HCV virus to survive longer.

Do not waste your time!

Great post Rohcvfighter. Unfortunately in the vast majority of countries, politicians are not willing / able to provide real help to HCV patients, it's patients that must help themselves, that's the reality.

Talking about doing something is a popular political past time across the world!

Sometimes I wish politicians would actually just do nothing, but in this case we need action, not words.

Even if the field of politics is very broad, the politicians are very limited as they are "constraint" to serve the interests of certain groups.

Unfortunately the "mass group" of HCV patients is not in the sight of the politicians, except when it can be used to manipulate people's minds and votes.

There exist one strong force which politicians fear, the civil society. The problem with the civil society is that it is hard to organize, nevertheless it is a pool of increased creativity that may deliver unexpected & original results.
We saw a recent such case in Romania with a guy who came with a car registered in Sweden having a trivial car plate number, against the rulling party from Romania (it can be translated as "F*ck P*D" (the brief story here www.balkaninsight.com/en/article/romania...t-protest-08-08-2018 ).
Even though having such a plate is not polite, the action revealed something else: the obedience of the authorities, especially the police, to the rulling party who confiscated the car plates, suspended the driving license of the guy and opened an official investigation against the driver, claiming he broke a certain law.
The civil society got mobilised and many people started to research that law and quite fast it was found out that the police missed the fact that that law which "was broken by the driver", was updated 2 years ago and that in fact the driver commited no crime. The accuses were discharged and the driver got back his driving license.
The unexpected outcome of this story is that for RO people this case was a demonstration that in politics the rulling party is not always right, it only has more votes than the opposition and furthermore, the ruling party may be exposed by the civil society and forced to make what is right.

Who knows, maybe one day the civil society will mobilize to help the HCV patients to have access to medication.

Hope is not lost

For many of us, born into a reasonable degree of freedom in the West, it's hard to imagine living where there is close cooperation between the police and the state, but that said:

In my country you can get a personalised number plate, but you can not get one that says something offensive or rude like "F**K" although I could actually order this one... 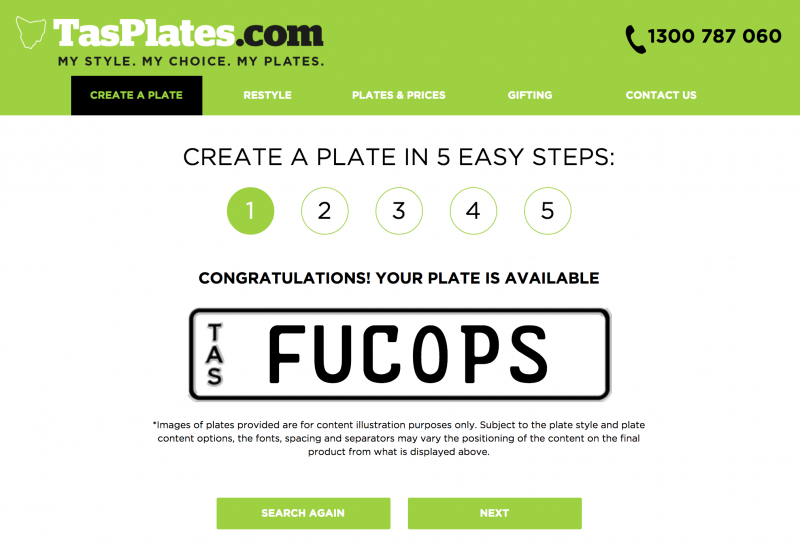 Here is some interesting HCV politics. Patients missing out while the games are played. www.thehindubusinessline.com/specials/pu.../article24718541.ece

Very interesting article Hazel, but it's not very clear if all of Gilead's Sofosbuvir patents in China were rejected. Gilead says that's not the case, and I-MAK says that it is. I hope I-MAK succeeds.