A Brief History Of Sofosbuvir 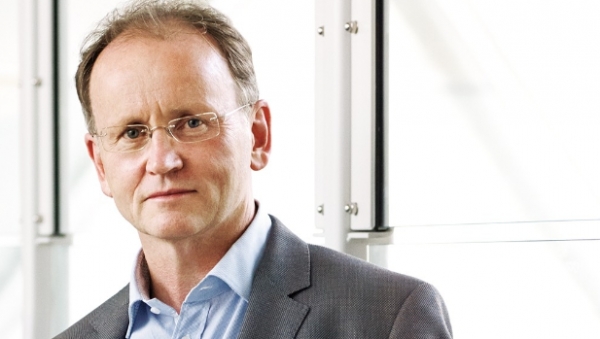 “The Liver Meeting”, or AASLD 2011, was taking place at the great, glass-fronted Moscone West Convention Center in downtown San Francisco. Almost 9,000 people were there – family doctors, hepatologists, gastroenterologists, academics, drug salesmen, public health officials – all networking, trudging the escalators, wandering the beige exhibit halls, trying to stay on top of an avalanche of medical information. Across five days in early November, no fewer than 2,200 liver-related scientific abstracts were being presented, at sessions that ran from 6.30am until 9pm. Specialists in hepatitis C, an awkward, under-recognised health problem, were used to finding their way to the back rooms, the less-glamorous receptions.

Many felt it was time the disease moved up the agenda. Since it was identified in 1989, “Hep C” or “HCV” to those who work on it, has only confounded those who underestimate it. Transmitted through blood, the virus is now thought to infect around 2.5 per cent of the world’s population, or 170 million people. Of those, around a quarter will develop liver cirrhosis, or cancer, within a decade or two. In the UK, deaths from hepatitis C have trebled since 1996 and more than 200,000 people are infected. No one knows what to do about the coming demand for liver transplants. For the past decade at least, scientists have used phrases such as “gathering storm” and “silent epidemic” to try to bring attention to the subject.

There has also been a torrent of new data to keep up with. Despite its orphan status, the sheer numbers of people infected with hepatitis C have made it the subject of hundreds of millions of dollars of medical research – particularly by pharmaceutical companies, working on a new generation of drugs. And AASLD, as the world’s premier liver event, has become the occasion when information on those drugs – known as “direct-acting antivirals” – is often shared for the first time. In recent years, hepatitis C delegates had got used to turning up to must-see presentations that were filled way beyond capacity.

One look at the 2011 programme told conference-goers that a session on the Sunday afternoon – “HCV: Refining the Use of Direct-Acting Antivirals” – was going to be mobbed. Room 2001, on the second floor of the convention centre, only held about 400 people. Dr Ed Gane, a 51-year-old hepatologist and transplant specialist from New Zealand, who was to give the fourth of six presentations in the session, arrived about 10 minutes before it was due to begin. “It was packed to the gunwales,” he told me. Conference staff began setting up a video link to adjoining rooms to cope with the spillover.

The cognoscenti were there to hear Gane. An unshowy, respected doctor, he had been working on hepatitis C since the early 1990s, and for the past year, had been carrying out a clinical trial of a particularly promising new drug developed by a small American pharmaceutical company called Pharmasset. The drug was known by its laboratory name, “PSI-7977”, and today, Gane was to give an update on the trial, called ELECTRON.

More in this category: « The Story Of Generics Hits The Lancet EASL 2017 Generics Results »
back to top