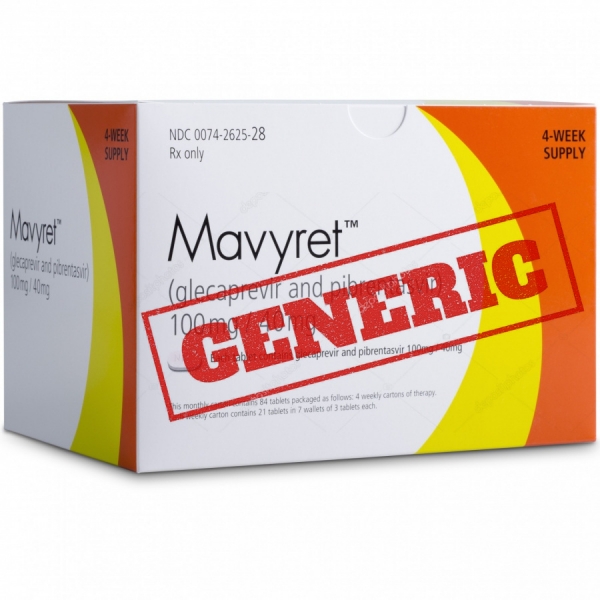 The Medicines Patent Pool (MPP) has today announced a new, royalty-free licence agreement with AbbVie for glecaprevir/pibrentasvir (G/P) - a World Health Organization (WHO)-recommended treatment for people living with chronic hepatitis C (HCV). The licence will enable quality-assured manufacturers to develop and sell generic medicines containing G/P in 99 low- and middle-income countries (LMICs) and territories at affordable prices, enabling access to and treatment scale-up with the most effective pan-genotypic regimens. The agreement was launched at the American Association for the Study of Liver Diseases (AASLD) The Liver Meeting 2018 in San Francisco.

"G/P is a priority therapy for licensing for the MPP, so this agreement with AbbVie is very good news for public health," said Dr Marie-Paule Kieny, Chair of the MPP Governance Board. "It is a really important new option for a significant proportion of HCV patients throughout the world. As with previous MPP licences, we look forward to facilitating access to generic versions of this product as quickly as possible in as many territories as possible."

Globally, 71 million people are currently living with chronic HCV, many of them in LMICs. By the end of 2015, only 20 percent had been diagnosed and a mere seven percent of them had received treatment. In February 2017, the MPP issued its annual report on priority medicines for in-licensing. Given its favourable clinical profile and high potential in LMICs, G/P was listed as a key priority treatment.

G/P is an all-oral, once-daily, pan-genotypic combination regimen and was originally approved in 2017. It has achieved high cure (SVR12) rates of 98 per cent in treatment-naïve non-cirrhotic patients across all six genotypes of the virus. It is recommended by the WHO as a first-line treatment for eight weeks in treatment- naïve non-cirrhotic patients. Treatment-naïve patients with compensated liver cirrhosis require a 12-week treatment course.

Further, the regimen is also indicated for use in HCV patients with any degree of renal impairment, including patients on dialysis. Globally between five and ten percent of all people living with chronic HCV infection are estimated to be living with kidney disease and this treatment will be very helpful for them.

There are 95 countries and four territories included in the MPP/AbbVie licence for G/P at this point.

What the MPP's partners are saying:

"Central to our vision at AbbVie is developing therapies, such as our pan-genotypic HCV treatment, for the most serious diseases and providing access to those treatments. We are pleased to have reached today's agreement with the MPP."

"The new agreement is an important step towards achieving elimination of hepatitis C worldwide. We urge national governments to take action now to make such curative treatments available for the millions of people in need."

"Unitaid aims to maximise the public health response by enabling equitable access to better health for all. We welcome this agreement between the MPP - a Unitaid grantee - and AbbVie that will accelerate a more effective HCV response worldwide."

"Claiming over one million lives each year, viral hepatitis is one of the world's major public health challenges and disproportionately affects people living in LMICs. Therefore access to safe, quality-assured treatments, affordable for all, has to be the fundamental aim of the public health community. This is a big step in that direction. The next step is to see more territories included in the agreement. Each step makes the dream of hepatitis C elimination more real."

"The Government of Pakistan warmly welcomes the agreement between the Medicines Patent Pool and AbbVie to expand access to glecaprevir/pibrentasvir - a very important therapy for the treatment of HCV - into territories including Pakistan. The HCV burden in Pakistan is endemic, affecting over eight million of our country's population and the prevention and treatment of HCV is a national priority. This agreement will considerably aid our efforts and, ultimately, accelerate the permanent elimination of the HCV virus."

The MPP has an existing collaboration with AbbVie and has two agreements in place in the field of HIV. These are:

In HCV, the MPP has agreements with Bristol-Myers Squibb on daclatasvir and Pharco on ravidasvir.

About the Medicines Patent Pool

The Medicines Patent Pool is a United Nations-backed public health organisation working to increase access to, and facilitate the development of, life-saving medicines for low- and middle-income countries. Through its innovative business model, the MPP partners with civil society, governments, international organisations, industry, patient groups and other stakeholders, to prioritise and license needed medicines and pool intellectual property to encourage genetic manufacture and the development of new formulations. To date, the MPP has signed agreements with nine patent holders for thirteen HIV antiretrovirals, one HIV technology platform, three hepatitis C direct-acting antivirals and a tuberculosis treatment. The MPP was founded and is funded by Unitaid.

MAVIRET is indicated for the treatment of chronic hepatitis C virus (HCV) infection in adults.

Special warnings and precautions for use:

Cases of hepatitis B virus (HBV) reactivation, some of them fatal, have been reported during or after treatment with direct-acting antiviral agents. HBV screening should be performed in all patients before initiation of treatment.

MAVIRET is not recommended in patients with moderate hepatic impairment (Child-Pugh B).

MAVIRET is not recommended for the re-treatment of patients with prior exposure to NS3A/4A and/or NS5A-inhibitors.

Most common (≥10%) adverse reactions for MAVIRET were headache and fatigue.