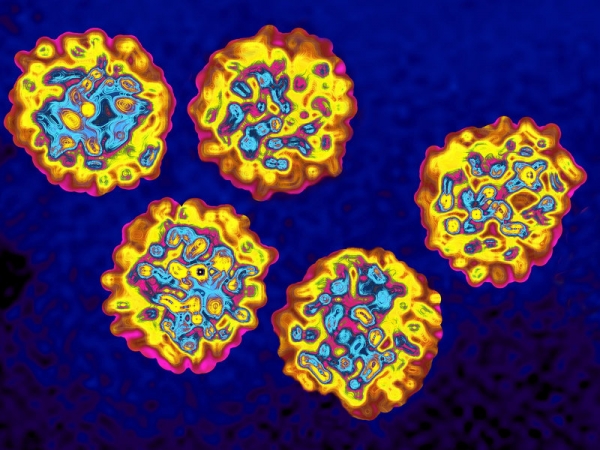 Counting how many of the Hepatitis C virus particles are present in a patient's blood is possible through the Quantitative HCV PCR RNA test, the result is called Viral Load, and is usually measured in IU/mL (international units per millilitre) although some laboratories use copies/ml. Most patients believe that a low viral load pre-treatment (less than 800,000 IU/L) is good since a smaller virus count should, in theory, translate to less liver damage, and should make it easier to achieve cure, while many with high viral loads are worried that their treatment may not work. But is any of this actually true? With the advent of the newer HCV medications, the answer is no, none of it is. Strange as it may seem, your viral load has very little correlation to either liver damage or cure rate. Patients with very high viral loads have the same excellent cure chances as anyone else, 95% for Genotypes 1,2,4,5,6 and 90% for Genotype 3, when treated with the modern direct-acting antiviral medications, or DAAs (e.g. Harvoni®, Epclusa®, Mavyret®, Zepatier®).

You have a high viral load because your body (immune system) is not really trying to do much. The upside is that less liver damage occurs because your immune system is not destroying your liver in its attempt to kill the virus. The downside is that, well, actually there is no downside, besides the extra ink to print the extra zero after the average 1-3 million viral load. 10 million viruses, for example, don't eat much, maybe half a hamburger a year, they are very small, so you can afford to feed them.

Additionally, both low and high viral load patients respond extremely well to the new DAAs. It's common to see a patient with a 10 million viral load fall below 1000 in the first week of treatment - these drugs are remarkably effective.

DAA medications do not require a lot of monitoring (unless Ribavirin® is involved). After starting treatment, viral loads decline quickly and profoundly. The data indicates that almost 100% of patients taking DAA drugs will suppress the virus to incredibly low levels and generally do this very quickly. At week 4 of the standard 12 weeks treatment, a whopping 82% of patients will become undetectable (UND). Once you fall to UND, you will remain UND for the duration of treatment, so further measurements are a waste of time and money.

It's worth noting that patients should not be too alarmed if their viral load remains detectable at week 4, or even at end of treatment, as there is still a high likelihood of being cured. When treated with DAAs, having low-level detectable HCV RNA at the end of treatment does not preclude cure and several studies have duplicated this result. Some specialists advise patients who are still detected at week 4 to extend their treatment to 16-24 weeks (instead of 12) as extra insurance, while others see no benefit in doing this, so there is no consensus on this point. However, if money is no object, or if you can access high-quality generics, extending treatment is known to add a small single digit % to cure rates.

When can a patient be declared cured?

At the end of treatment, one of two things will happen. If there is any remaining viable virus then it will begin growing back. This will start as soon as the treatment medications wash out of a patients system (about 1 week to fall below any useful level).

It's worth noting that patients will continue to have a positive HCV antibody test. This is the marker of exposure to the disease, not of current infection.

Contrary to common belief, a viral load result does not predict a patient's cure chances, nor does it provide any information about the condition of his/her liver or level of scarring. It's a number that is used to monitor a patient's progress during treatment by measuring it at baseline (before starting treatment), then again during treatment to learn how patients are responding to the medications. When treated with the modern Hep C medications, patients with very high viral loads have the same extremely high cure chances of those with low viral loads. Only the HCV PCR RNA test can be used to assess cure as the Antibody test used for screening is expected to remain positive.