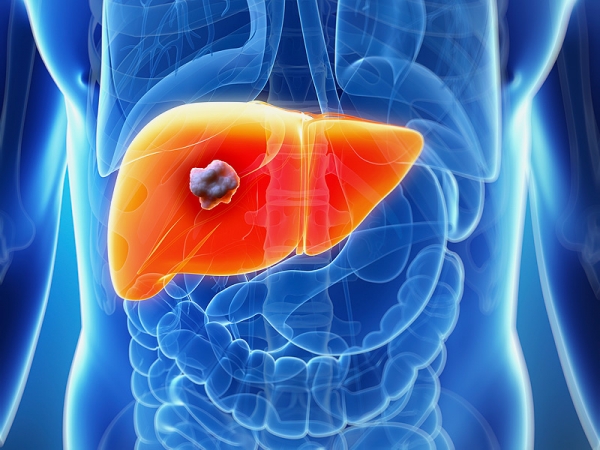 Over the past year there has been quite a lot of discussion about the risk of liver cancer following treatment with Direct Acting Antivirals like Harvoni® and Sovaldi®.

Here is a quick explanation and the latest thinking from the academic gurus.

First, the risk of Hepatocellular Carcinoma (HCC aka liver cancer) only starts to rise when patients develop cirrhosis, so for patients without cirrhosis there is little to worry about.

In patients with cirrhosis, and untreated Hepatitis C the annual risk of developing liver cancer is 3%. With SVR (cure) following treatment this risk falls to around 1%, so is much less.

In patients who have already had one HCC, treatment increases their short term risk of getting another one (this is probably one they already have but is simply too small to see) and demands very close monitoring both during and immediately after treatment.

So the bottom line is pretty simple. Treat before you get cirrhosis, but if you already have cirrhosis, you are still better off treating. If you have previously had an HCC you can still treat but need very close follow up.

Below you will find the text of a press release from EASL 2017. EASL is the European Association for Study of Liver Diseases and represents the best experts in the world telling it how they see it.

ILC 2017: Is direct-acting antiviral therapy for Hepatitis C associated with an increased risk of liver cancer? The debate continues

April 20, 2017, Amsterdam, The Netherlands: According to data from eight studies being presented at The International Liver Congress™ 2017 in Amsterdam, The Netherlands, there remains continued debate on whether patients are at risk of developing liver cancer after achieving sustained virologic response (SVR) with a direct-acting antiviral (DAA) regimen for Hepatitis C virus (HCV). Investigators will present the results of their studies that show both sides of the argument – DAA therapy is associated with a higher risk of liver cancer compared with interferon-based therapy, versus there is no difference in liver cancer risk following cure with either therapy.

Whilst remarkable progress has been made in the development of successful antiviral therapies for HCV infection, some recent studies suggest that curing patients does not eliminate the risk of developing liver cancer. There also appears to be an unexpectedly high rate of liver cancer (also known as hepatocellular carcinoma [HCC]) recurrence in patients who previously had their tumour treated successfully and had received DAAs.

This claim was further supported by a Spanish study led by Dr Maria Reig and Dr Mariño, Hospital Clinic Barcelona, Spain in which patients with HCV and HCC who had previously been cured of HCC received DAA therapy. After a median 12.4 month follow-up, following treatment with DAAs, the rate of HCC coming back (recurrence) was 31.2% (24/77) and of those who received HCC treatment at recurrence, 30% (6/20) of patients presented progression in the immediate 6-month follow-up. This is an update of the study that will be published in the May 2017 issue of Seminars in Liver Disease, and is available here: https://www.thieme-connect.de/products/ejournals/html/10.1055/s-0037-1601349.

“Our study offers further support to previous findings that there is an unexpected high recurrence rate of hepatocellular carcinoma associated with DAAs, and that this association may result in a more aggressive pattern of recurrence and faster tumour progression,” said Dr Maria Reig, Barcelona Clinic Liver Cancer Group, Hospital Clinic Barcelona, Spain, and lead author of the study. “These data indicate that there needs to be further research conducted in this area, clarifying the mechanism for the association between liver cancer recurrence and DAA therapy.”

Identifying those patients at risk of liver cancer is essential, a task that Dr Etienne Audureau, Public Health, Henri Mondor University Hospital, Créteil, France, and colleagues attempted to achieve by developing a prognostic tool for HCC. They found that in patients with severe scarring of the liver due to HCV (compensated cirrhosis), failure to achieve SVR was the most influential factor in predicting liver cancer. In addition, risk factors for liver cancer differ according to SVR status. The investigators recommend that in patients with compensated cirrhosis, eradication of HCV should be achieved before liver function is impaired and people who have achieved SVR should be monitored for liver cancer after 50 years of age.

The mechanisms behind the development of liver cancer following HCV cure are not yet understood. One group of investigators led by Prof Thomas Baumert, Inserm Institute for Viral and Liver Diseases, University of Strasbourg, France, aimed to investigate if HCV infections produce epigenetic and transcriptional changes that persist after the infection is cured, and whether these epigenetic changes drive liver disease and HCC following cure. They found that the epigenetic and transcriptional changes are only partially reversed by DAAs and persist after HCV cure, suggesting that these changes are a driver for liver cancer that develops after HCV infection has been cured. The investigators concluded that these findings open a new perspective to develop novel biomarkers to identify patients at high risk of HCC and provide an opportunity to develop urgently needed strategies for HCC prevention.

On the other side of the debate, a systematic review, meta-analyses, and meta-regression study, by Prof Gregory Dore and Dr Reem Waziry from The Kirby Institute, UNSW Sydney, and colleagues, found no evidence for higher risk of HCC occurrence or recurrence following DAA treatment, compared with interferon-based HCV therapy. A total of 41 studies, including 26 on HCC occurrence and 15 on HCC recurrence (in total, n=13,875 patients) were included. In studies assessing HCC occurrence, average follow up was shorter and average age was higher in DAA studies compared to interferon studies; incidence was lower with longer follow-up and younger age. In studies assessing HCC recurrence, average follow up was also shorter. Ultimately, in the meta-regression analysis, no evidence in favour of a differential HCC occurrence or recurrence was found between DAA and interferon regimens, after adjusting for study follow-up and age.

“Recent studies have reported contradicting evidence on risk of hepatocellular carcinoma following direct-acting antiviral therapy; our aim was to bring some clarity to this,” said Prof Gregory Dore, Kirby Institute and lead author of the study. “These data show the higher incidence of HCC observed following DAA therapy can be explained by the shorter duration of follow-up and older age of participants, rather than the DAA treatment regimen.”

A Scottish study, led by Dr Hamish Innes, School of Health and Life Sciences, Glasgow Caledonian University, Scotland, found that the risk of liver cancer following SVR was not associated with the use of DAAs, but baseline risk factors. Furthermore, risk of HCC development was similar in patients taking interferon-free regimens versus interferoncontaining regimens, following a multivariate adjustment (IRR: 0.96, p=0.929) and no significant differences in HCC risk were found when treatment regimen was defined in terms of DAA containing regimens versus DAA free regimens. These data indicate that rather than the treatment regimens themselves, it is the baseline risk factors that determine risk of hepatocellular carcinoma.

Another interesting study in Japanese patients with HCV genotype 1 infection, found a reduced incidence of liver cancer following achievement of SVR after 12 weeks of therapy with an interferon-free regimen (ledipasvir plus sofosbuvir) to a similar degree as that obtained with an interferon-containing regimen (simeprevir with peginterferon plus ribavirin). This study, which was conducted by Dr Masaaki Korenaga, Kohnodai Hospital, National Center for Global Health and Medicine, Chiba, Japan, and colleagues, also found that unexpected development of liver cancer following SVR in patients without previous liver cancer could potentially be predicted by imaging procedures (computer tomography or enhanced magnetic resonance imaging).

Similarly, a Chinese study led by Dr George Lau, from the Beijing 302-Hong Kong Humanity and Health Hepatitis C Diagnosis and Treatment Centre, in Beijing, China, found no increase in the incidence of liver cancer in patients who achieved SVR12 with DAA compared to peginterferon plus ribavirin.

“The original observations made by researchers from the Barcelona Clinic Liver Cancer Group have sparked a huge number of studies aimed at verifying the potential association between DAA treatment and increased HCC recurrence after cure,” said Prof Francesco Negro, Divisions of Gastroenterology and Hepatology of Clinical Pathology, University Hospital of Geneva, and EASL Governing Board Member. “At this stage, there is no reason to alter treatment guidelines until the issue is definitively clarified. We cannot exclude, however, that we may have to revise post-SVR surveillance in some specific patient subgroups.”

About The International Liver Congress™

This annual congress is the biggest event in the EASL calendar, attracting scientific and medical experts from around the world to learn about the latest in liver research. Attending specialists present, share, debate and conclude on the latest science and research in hepatology, working to enhance the treatment and management of liver disease in clinical practice. This year, the congress is expected to attract approximately 10,000 delegates from all corners of the globe. The International Liver Congress™ 2017 will take place from April 19 – 23, at the RAI Amsterdam, Amsterdam, The Netherlands.

More in this category: « EASL Response to the Cochrane Systematic Review on DAA-Based Treatment of Chronic Hepatitis C Crisis, What Crisis? - Practivism »
back to top